Michael walked into his house, put down his tallit, and sighed. “A person my age shouldn’t have to walk all the way to synagogue. This is really too much for me,” he muttered.

“Shabbat shalom, Tzipora,” Michael greeted his wife. “I had a great idea, just now. It’s silly for me to walk all the way to the synagogue, every Shabbat. It’s hard for me to walk, and we have the perfect space in our courtyard for a new synagogue! We can take our savings, and build a synagogue, and find a minyan of men to pray here, and the men will be able to learn there, as well!”

“Michael, I can’t believe you’re talking like this,” Tzipora broke into Michael’s monologue. “We have children to marry off! We can’t just take our savings and build a synagogue! We’ll need it for when our children are ready to get married. Besides, there are other synagogues in the area, which can barely get minyanim. Why does the neighborhood need another synagogue?”

“Tzipora, I can’t believe you’re talking this way! We’re talking about building a synagogue!” raged Michael. “How could you be so selfish? We can take our savings and do something for the community, and you’re just thinking about your family.”

“Michael, don’t be ridiculous” countered Tzipora. “Not everyone has to build a synagogue. There are priorities, and your children come first! I can’t believe a father would deny his children, just so he could have a synagogue next to his house.” 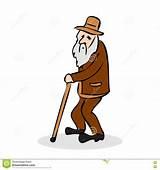 On and on the debate raged, with little hope for a resolution. Unfortunately, the argument grew so fierce, that Michael and Tzipora began to consider divorce as their only way to resolve their disagreement. Finally, they brought their case to their local rabbi, and asked him to mediate between them.

Who is correct? Does the building of a synagogue take priority, or should the couple hold onto their money, for the purpose of marrying off their children?

In essence, the husband is correct, in that it is proper for him to dedicate his savings for the purpose of a great mitzva, such as the building of a synagogue. However, because this act is liable to lead to his divorce, as well as controversy with other members of the community, he should refrain from using his money for the building of a synagogue. (From Harav Harashi, siman 130)

(I was struck by the fact that it seemed unusual that Rabbi Mordechai Eliyahu stated that it was, ‘in essence, proper to build a synagogue,’ given that the building of another synagogue in that neighborhood seems unnecessary. I asked Rabbi Shmuel Eliahu, shlita, son of Rabbi Mordechai Eliahu. Rabbi Shmuel responded that the intention of Rabbi Mordechai was that it would be proper, in essence, to use the money for any important mitzva, not specifically the building of a synagogue. That is more important than holding on to it)

Rabbi Chaim Kanievsky, shlita, addressed a slightly different question. A particular couple had debated what to do with a large sum of money, in their possession. The husband had wished to loan the money to a gemach (free loan fund). The wife had disagreed. She maintained that the couple should use the money to purchase apartments for their children, who would be seeking to get married in several years. She argued that inflation would cause the money to lose value, and, therefore, it would be wiser for them to invest in apartments now, and get more value out of their money. The husband loaned the money to the gemach. In a few years, the couple needed the money to buy their children apartments. As the wife had feared, the money which the couple had was barely enough to cover the cost of two apartments. She argued bitterly with her husband, and blamed him for acting foolishly with their money, and this caused a giant argument between the two.

Rabbi Chaim Kanievsky was asked what he thinks. Rabbi Kanievsky responded that the wife should be told that her approach was incorrect. Our role is to do our hishtadlut (i.e. normal, appropriate actions, relative to the society in which we live). Investing in apartments several years before the sons were considering marriage would constitute excessive hishtadlut. Therefore, even if the couple had bought apartments several years earlier, it would not have gained them even one penny more than G-d had decreed be theirs!

Parshas Yisro –Seeing the So..

This week’s Parsha is the recounting of Kabalas HaTorah. The events of that foundational experience of Klal Yisroel are indelibly inscribed in the Ne

After the episode in ערבות מואב, where the evil king בלק sent out Moabite women to go seduce בני ישראל and caused them to sin and worship עבודה זרע. A

This is really amazing, I think that it also explains why people actually feel satisfaction when the team they are going for wins...